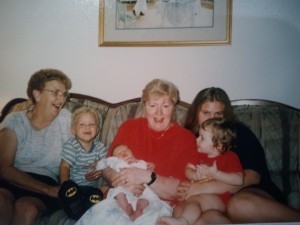 Convicted of: Assault on a Child Causing Death

On June 24, 1997, Suzanne Johnson was babysitting six-month-old Jasmine Miller. Jasmine fell out of her highchair and cried for a few minutes, but then appeared to be fine. Suzanne warmed Jasmine’s food, picked her up, and began feeding her while holding her on her lap. Suddenly, Jasmine began to vomit and then became unresponsive. Suzanne immediately called 9-1-1 and performed CPR until paramedics arrived.  Jasmine did not recover.

At autopsy, the medical examiner determined Jasmine’s death was due to violent shaking and blunt force trauma to the head. After two trials, on April 30, 1999, Johnson was convicted of assault on a child causing death, and sentenced to 25 years to life in prison.

At the time of Suzanne’s conviction, the prevailing belief was when an infant died of head injuries, the person with the infant at the time of death must have caused the injury. Experts believed the presence of three symptoms (hemorrhages in the eyes, bleeding in the brain, and swelling of the brain) always proved an infant had been violently shaken. It was also a widely held belief that an infant could not sustain a fatal head injury from a shortfall, like a fall from a highchair.

Based on the science accepted in 1999, Suzanne’s account of Jasmine’s death couldn’t have been true, and the only explanation was that Suzanne shook her, slammed her head against a hard object, watched for two hours as she slowly died, and called 9-1-1 only after Jasmine appeared to be dead. Near the end of her trial, the judge said Suzanne was obviously an exemplary, caring, and loving lady, but the medical science established her guilt.

Since the trial, the understanding and science of shaken baby syndrome and non-accidental trauma have advanced and the beliefs that were held at the time of her conviction have largely been abandoned. It is now known that other conditions (such as hepatitis immunization and the effects of CPR) can result in the three symptoms previously only attributed to shaken baby syndrome. Jasmine received her hepatitis immunization three days before her death and was administered CPR by Suzanne, by the paramedics, and by doctors at the hospital.

It is also now known that a shortfall, like a fall from a high chair, can result in trauma sufficient to cause an infant’s death and death from a shortfall injury is more probable when an infant has a previous skull injury. In fact, when Jasmine fell from her high chair, she had an existing skull fracture that had occurred months earlier. The preexisting skull fracture was confirmed by Jasmine’s failure to thrive, physical discomfort, feeding problems, constant crying, and autopsy findings. Because of these scientific advancements, if Suzanne was tried today, she would not be convicted. In fact, other than the now-discredited circumstantial scientific evidence, there would not even be a basis upon which to bring charges.

CIP investigated and litigated Suzanne’s case for many years, fully documenting with scientific experts and evidence that Suzanne’s version of the events leading to Jasmine’s death is entirely consistent with the child’s injuries. CIP also filed clemency petitions with both Governor Brown and Governor Newson.

On March 27, 2020, Governor Newsom granted Suzanne Johnson’s clemency petition. On April 3, 2020, Suzanne Johnson walked out of Central California Women’s Facility as a free woman, having spent 21 years in prison for a crime she did not commit.

>>Read the next story, Michael Hanline.