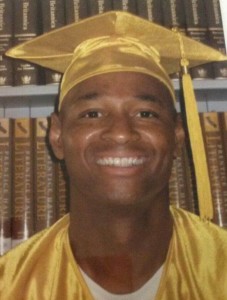 On March 10, 1997, Rodney “Patrick” McNeal, a San Bernardino County probation officer, arrived home just before 12:30 p.m. to take his wife, Debra, to a doctor’s appointment. There, he discovered Debra, who was six-months pregnant, brutally murdered and submerged in water in the bathtub of the master bedroom. Patrick tried to lift Debra out of the tub, but could not. After unsuccessfully trying to find the house phone, he ran over to a neighbor’s home and asked them to call 9-1-1. When police arrived, they discovered the house had been trashed; furniture had been slashed, a wall unit knocked over, and a trail of blood led from the living room to the master bathroom. Police determined Debra had been beaten and stabbed, ultimately dying of manual strangulation.

The timeline of events spoke otherwise. Based on phone records and eyewitness testimony, Patrick was at his office until 12:15 p.m., arriving home just before 12:30 p.m., shortly before the 9-1-1 call was placed. The first police officers arrived at the scene at about 12:32 p.m. It would have been impossible for Patrick to kill Debra and ransack the house in that timeframe. Further, the blood spatter patterns in the living room indicated that whoever beat and killed Debra would have Debra’s blood on their clothing. Patrick had no such blood on him or his clothing. Finally, there were unidentified hairs and fibers found on Debra. Unfortunately, despite the compelling evidence of innocence, the jury convicted Patrick and a court sentenced him to 30 years-to-life in prison.

The California Innocence Project commenced an investigation into Patrick’s claim of innocence. We discovered witnesses who knew Patrick’s brother Jeff and claimed that Jeff had, in fact, confessed to the murder and that Patrick knew nothing about it. Jeff had also been convicted of other murders done in a similar manner.

In July 2006, we filed a Petition for Writ of Habeas Corpus on Patrick’s behalf. At an evidentiary hearing in front of a San Bernardino Superior Court judge, witness Cary McGill, a friend of Jeff, testified that Jeff had described Debra’s murder to him in detail. According to Cary, Jeff said he beat Debra until she was unconscious and then dragged her into the bathroom, testimony corroborated by the evidence discovered at the scene. Patrick’s half-sister, Ebony Grant, also a half-sister to Jeff, testified at the evidentiary hearing that Jeff had confessed to her that he killed Debra. Ebony felt horrible she had been carrying this secret around for so long, but she was afraid Jeff would kill her if she told anyone. When called to the stand by the California Innocence Project, Jeff took the 5th.

Despite strong evidence that Patrick is innocent, the San Bernardino Superior Court judge declined to reverse Patrick’s conviction and found that he had not met the high burden needed for new evidence of innocence. Nonetheless, the evidence does point to Patrick’s innocence and if the jury had known of all of the evidence indicating that Jeff and not Patrick was the murderer they would have not convicted Patrick.

In March of 2020, Governor Gavin Newsom granted Rodney Patrick McNeal’s clemency petition, commuting his sentence and making him instantly eligible to go before the parole board.  Patrick will have a parole hearing in the months to come.

>>Read the next story, Guy Miles.