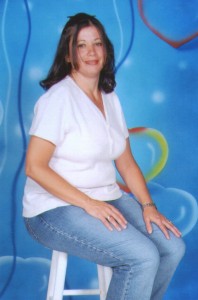 Cost of Wrongful Incarceration: $855,000 and counting

On the night of April 9, 1989, JoAnn Parks put her three children to sleep and went to bed. She woke up around midnight to the smell of smoke and the sound of her children screaming. A fire had erupted that was so intense she couldn’t get into her children’s bedroom. She ran next door to her neighbor’s house to call the police. Tragically, no one was able to save her children. Although investigators initially believed the fire to be accidental, they ultimately concluded it was arson. Parks was arrested and put on trial, accused of starting the fire – and murdering her children.

At Parks’s trial, fire investigators testified the fire was caused by human origin, rather than by an electrical source. One investigator testified he believed there had actually been two fires, one starting in the living room, and another starting in the children’s bedroom. The presence of two points of origin pointed conclusively to a case of arson; had the fire started accidentally, there would have been only one point of origin. Additionally, one of the children had been found in the closet, and investigators believed the closet door was shut and blocked by a laundry hamper. Parks was convicted of first-degree murder and sentenced to life without the possibility of parole.

Since 1989, fire science has changed drastically and new techniques and methods of investigations have been discovered. In 2011, an Arson Review Panel, led by John Lentini, a prominent scientific fire analyst, reviewed the evidence, reports, and expert testimony in Parks’s case. Lentini and the panel concluded the fire in Parks’s home was not arson. They found the forensic evidence used during the original investigation was invalid and that the fire investigators who analyzed the case in 1989 simply did not have a proper understanding of the behavior of fire.

The Panel’s report documents how the theories of police investigators – that the fire had multiple origins, one in the children’s bedroom and one in the living room – is incorrect. The fire spread from a single origin in the living room, and “jumped” into the children’s bedroom; it only appeared to the untrained eye that there were two points of origin for the fire. In addition, an autopsy of the victims showed that the children had fatally high carbon monoxide levels in their lungs; had there been a fire in the bedroom, the children would not have survived long enough for carbon monoxide to accumulate. This aspect of carbon monoxide poisoning was not understood at the time of Parks’s trial; most of the research about carbon monoxide production during fires and its effect on fire victims was conducted in the years after Parks’ trial.

The Panel also looked at the fire patterns on the closet door, where one of the children was found. Contrary to the conclusions of the police investigators, the Panel determined the door was not closed at the time of the fire and was not locked. Rather, the child likely took refuge from the fire in the closet. Ultimately, the Panel concluded that, by modern standards, none of the allegedly incriminating evidence against Parks would withstand scrutiny today. The investigators and jury were misled by bad science or no science at all.  Finally, the type of television set that Parks owned has been linked to more than fifty fires.

Despite strong evidence that this tragic fire was an accident, Parks has spent nearly three decades in prison. She has suffered the death of her children, the pain of being tried for their murders, and lost a huge portion of her life in the correctional system.

In March of 2020, Governor Gavin Newsom commuted JoAnn Parks’ sentence, effectively making her instantly eligible for parole.  Parks is expected to have a parole hearing in the coming months.

>>Read the next story, William Richards.